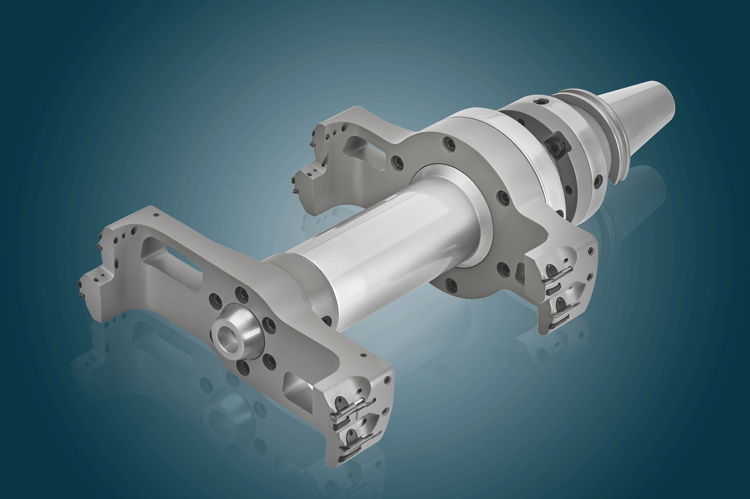 LMT Fette Tools is an international company who specialize in solutions and products in the field of high-end tool technology. With 1.200 employees worldwide, LMT Fette is the industry reference for the development and production of precision tools such as hobs, rolling heads and high-end thread milling cutters. LMT usually offers its customers highly individualized solutions for the respective technological requirements.

The company has experienced a hectic time many with ups and downs. Even for the historically grown family-owned company from Hamburg, it was not easy to assert its place in the globalized world. However, since 2015, the growth has returned and LMT Fette has huge plans for the future too. In addition to further ambitious sales growth: more flexibility, punctuality at the highest level and speed in the direction of customers and markets are the desired goals.

For this purpose, at LMT Fette new approaches – technologically and conceptually – were taken in manufacturing. For example, since 2015 in the field of hobbing production the focus has been on Quick Response Manufacturing (QRM) as a conceptual approach to reducing lead times and eliminating wasted time. In 2016, ‘timeaxx’ a QRM-based MES software developed to improve planning and control in production was implemented.

Both QRM and timeaxx have become integral parts of the corporate strategy and control. For the “Fette Speed System” – the internal production manual – newly created in 2017, QRM forms the conceptual basis. And with timeaxx, since commissioning, the complete order planning and control in hob production has been successfully re-organized with the focus on the lead time.

After 4 years on the QRM path, LMT Fette can point to considerable results in the application of this strategy. There has been a significant improvement in all relevant key figure areas. Above all, this can also be seen in the business results of recent years. The sales performance in the area of gearing was increased by 37% in the last 4 years, with even a slight reduction in the number of employees. Another significant feature is the constant investment over time is the following. Its development shows vividly that the achievement of good QRM results does not require primarily large-scale investments, it is much more a question of organizing the company differently.

Since starting with QRM, delivery reliability (the key indicator) has developed positively. At the beginning of the project it was still at a level of between 60-70% and only one year later an improvement could be achieved at a level of over 90%.

More importantly, the delivery reliability has since been maintained at the achieved level. A key success factor in this context was the unrestricted transparency that timeaxx delivered at all times on the order situation. The current delivery and appointment situation is always in focus and it can be very flexible e.g. responding to emerging bottlenecks.

Even more demanding, was the intention to significantly reduce the delivery time. Not least because the market and customers are always in need of faster and more flexible LMT products. Since stockpiling is not an option due to the individual fabrication of each tool, there were a number of hurdles to overcome. Especially the multiple dependencies, e.g. external suppliers and the hitherto highly functional division of labor resulted in undesirably long and sometimes noncompetitive lead times of the orders.

As part of the introduction of QRM, various organizational measures have been taken to increase flexibility and responsiveness. The prefabrication (soft machining) has been organised as a QRM cell. In the interlocking, staff were qualified as jumpers (cross-training) and once outsourced external production brought back in house. The optimization of individual production processes with Fette’s own ideas and concepts, also contributed to the overall and very successful lead time reduction of more than 40%.

Another goal, which was declared in connection with the introduction of QRM, was achieved to the satisfaction of all parties involved: even within a few months, a significant reduction in circulation stocks was achieved. In the best cases even more than 60%.

An important starting point in achieving this impressive result was undoubtedly the application of POLCA throughout the entire production area. After initial successes had been achieved with the application of the CONWIP principle, the timeaxx-based digital POLCA enabled LMT Fette to achieve a further, significant reduction in circulation stocks. POLCA is a concept for the capacity-based control of production orders, in which only as many orders are controlled and moved as there is capacity.

The basic purpose of all QRM measures, namely the increase in sales and the creation of new market potential through the reduction of; lead times and higher delivery reliability. All in all, the results achieved are so significant for all those involved that the introduction of QRM is now planned for other business areas within LMT Fette too.

“timeaxx and QRM are integral parts of our growth strategy, which enabled us to achieve profitable growth and significantly increase for our customer satisfaction. As a business partner, axxelia was a reliable team player in the implementation and integration of timeaxx and QRM in our company.”

“By digitalizing production planning with timeaxx, we have made our daily work noticeably easier and have been able to significantly increase our adherence to deadlines. With timeaxx, we detect bottlenecks and imminent delays at an early stage, so that we can act proactively.”

“timeaxx is a control system that has greatly increased the transparency in production and order management. Thus, bottlenecks and processes can be analyzed quickly and easily.”

*This case study was originally created by the QRM Institute and is under their ownership.